A site-specific sculptural installation that takes its starting point from the signs of tension visible in the areas around Kiruna’s city centre. Cracks in the ground are a consequence of the ongoing mining in the city, and Illusion of Stability materialises these cracks through a meticulous casting process. In their inverted form, the city’s fractures are documented and extended along the walls of the newly opened museum; like miniatures of mountain ranges or a continuation of the artificial mountain landscape that has been built around the mine. The cracks may represent a current situation but they also become a reflection of both the history and future of Kiruna.

The apparent solid stability of the ground is depicted in this tactile installation, which at the same time exposes fragility and poses questions on the value of the non-material. 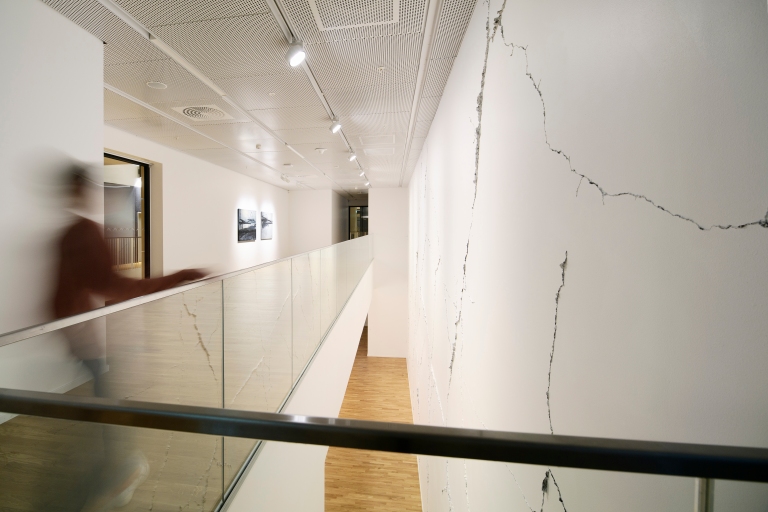